Get fresh music recommendations delivered to your inbox every Friday.
We've updated our Terms of Use. You can review the changes here.

by The Cosmic Trip Advisors 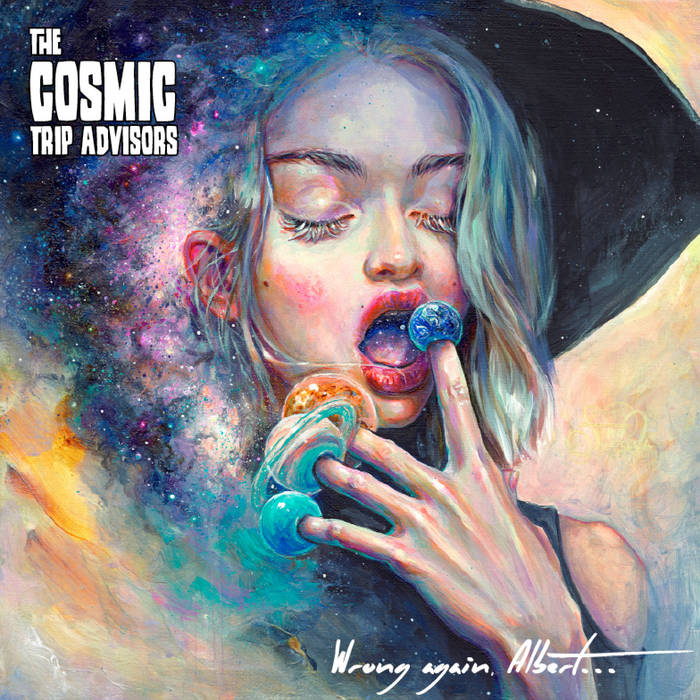 Tom Roughley Amazed, what an incredible sound. Bands like this keep the Rock Genre moving to greater heights.

Once upon a time, on January 11th 2019 (pre-plague), a rag-tag group of Scottish musical ne’er-do-wells flew to a fancy-ass studio in Sweden on an impossible mission to record, in two whole days, an album of the only eleven songs they could actually play. Were it not for a series of mishaps, bad calls, vodka, general tomfoolery (those f****** gloves!) and one near-death experience, they might just about have managed it too.

In the end, it took an extra week of overdubs at their own studio in Scotland and all the money they had in the bank (plus considerably more that they didn’t) to get it finished and ready for release.

It was generally agreed by everybody with an opinion that the whole project had been the grandest of follies and a massive waste of money.

Buoyed by this feedback from their nearest and dearest, and with almost comical joie de vivre, the band blew every last bean they had pressing up 500 copies of the album on lovely, lovely vinyl. Because, as any fool knows, “it ain’t a record until it’s a record”.

And so it was, in June 2019, with nothing but hope in their hearts and cobwebs in their wallets, The Cosmic Trip Advisors quietly released their debut album, “Wrong again , Albert…” on Bandcamp, and figured that was probably the end of that.

Turned out, it was just the beginning!

This album was pressed at Spinroad Vinyl Factory, Sweden
www.spinroadvinyl.com

The Cosmic Trip Advisors hail from West Lothian in Scotland and are a rock ’n’ roll band with a heart of soul. Rock ’n’ Soul, if you will. In their world, Iggy can rub shoulders with Keef, Dolly can pinch Jimi on the arse & Macca can launch a goober at Rotten while Gram hums his approval from underneath a dusty old cactus...it's all good in the gumbo soup. Can you dig it? ... more

Bandcamp Daily  your guide to the world of Bandcamp